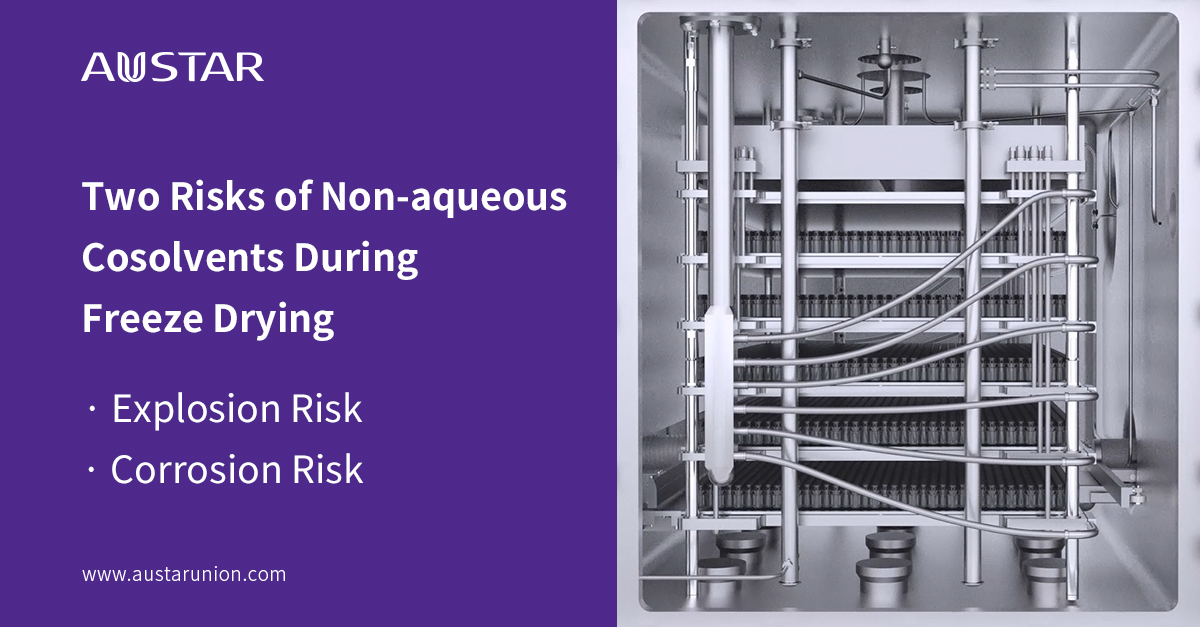 The evaluation is conducted as per explosive atmosphere directive ATEX137. Explosion here is defined as a mixture:

“of flammable substances in the form of gases, vapors, mists or dusts;

•in which, after ignition, the combustion spreads to the entire unburned mixture”

Figure 1 shows three compositional elements for explosive atmosphere: flammable substances, oxygen and ignition source. Explosion would not happen if one of the elements not being present. Oxygen concentration and ignition temperature of explosion will vary as per the types of flammable substances. Therefore, the explosion risk evaluation should be conducted based on the different physical properties of each substance. 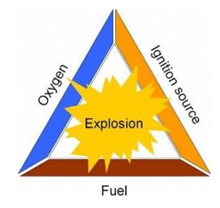 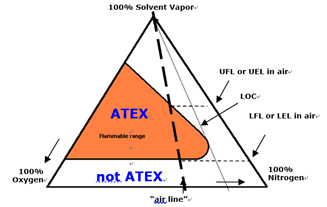 Table 1 lists the physical properties of several common non-aqueous solvents. The solvents listed here span a wide range of properties between the extremes of Ethanol and T-Butanol. Other solvents (methanol, IPA, acetone, etc) could be included because they need the same provisions.

Figure 2 schematically shows the explosive atmosphere, in the mixture inside the shaded area. By decreasing the percentage of Oxygen below the solvent’s Limiting Oxygen Concentration (LOC), typically 10% or less, the air line moves completely outside of the flammability range and an environment for explosion will not exist.

As some non-aqueous cosolvents are corrosive to the elastomer seals of freeze-dryer, corrosion risk evaluation shall be conducted to determine the chemical compatibility between cosolvents and elastomer seals. If the compatibility data cannot be found from concerning research papers, lab experiment is also a feasible way to conduct the evaluation.

Measures to be Taken

The following measures are taken to lower the explosion risk of processing non-aqueous cosolvent during freeze drying. 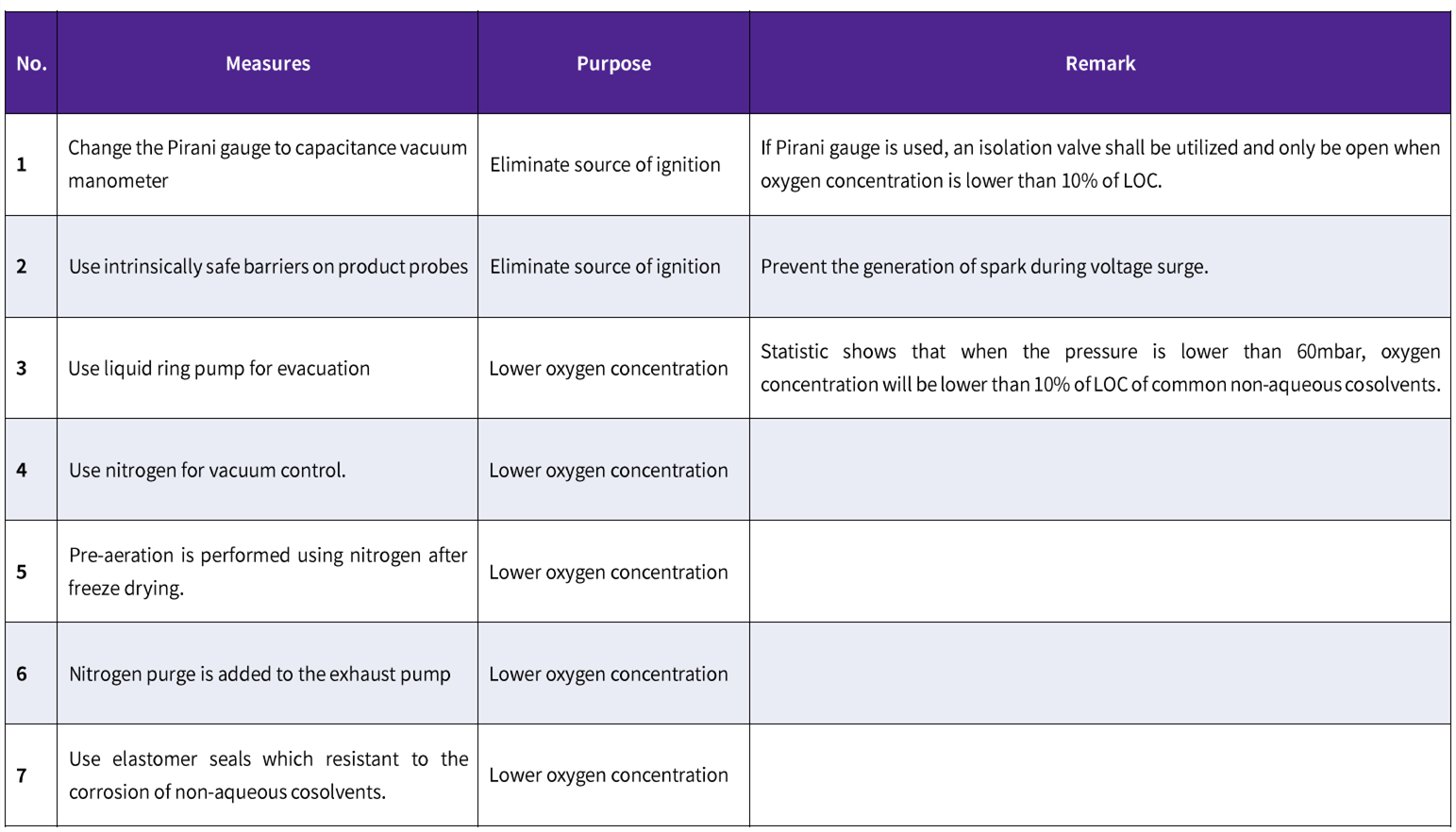